John Marco Allegro (1923-1988) counts among the textbook examples of respected scholars committing "academic suicide", and I have always been curious about his case. From 1953 on, he belonged to the small group of specialists who were deciphering the sensational scrolls and fragments found at Qumran in 1947, and he made his name with a book The Dead Sea Scrolls published in 1956. But then, in 1970, he published a book that he believed would cause a revolution in New Testament scholarship but that ruined his career and his reputation instead: The Sacred Mushroom and the Cross: A Study of the Nature and Origins of Christianity within the Fertility Cults of the Ancient Near East. What happened? How could he have made such a fatal misjudgment? How did he handle the fallout? What happened with him afterwards? 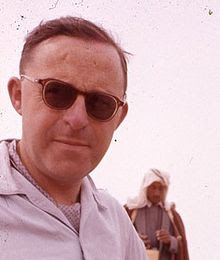 I hoped to find answers in a book written by Allegro's daughter Judith Anne Brown, John Marco Allegro: The Maverick of the Dead Sea Scrolls. It turned out to be a strange, partly fascinating, but ultimately disappointing read. The book starts out as a very well written and quite interesting story about a young man who, after World War II, decides to study theology in view of a clerical career but discovers a gift - turning into a passion - for ancient languages instead. While he is working on a Ph.D. in semitic languages, his supervisor recommends him to join the team of scholars working on the Qumran scrolls, and thus he arrives in Jerusalem in 1953. The story of what happened during the ensuing years - growing tensions and conflicts between the members of the scholarly team and endless delays in the publication of the scrolls, leading to frenzied media speculations and popular conspiracy theories about the church attempting to "suppress the truth" about the true origins of Christianity - has been told before, for instance by Geza Vermes (The Story of the Scrolls), and Brown provides a detailed and interesting account of her own, with an obvious emphasis on the role of her father and plenty of quotations from otherwise inaccessible correspondence. On the positive side, Allegro would seem to have been motivated by a sincere search for scholarly truth and intellectual honesty, a great enthusiasm for providing the public with reliable information about the scrolls and their implications, and a healthy disregard of theological scruples. But on the less positive side, one sees a consistent pattern of self-promotion and opportunism. Allegro seems to have understood much better than most of his colleagues that they needed to use the media to generate funding for their research; but once he had discovered his own talents as a popularizer, he seems to have gradually fallen prey to the temptations of fame and media attention. 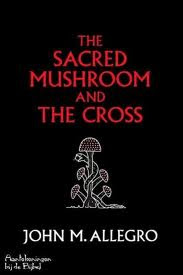 The sacred mushroom book marked the transition from Allegro the respected scholar to Allegro the ridiculed maverick; but unfortunately, the moment his daughter's begins discussing it in her 10th chapter, the quality of her narrative begins to decline as well. I had hoped for some historical and biographical contextualization that would help me understand where Allegro got his ideas in the first place, and what inspired him to make such a surprising and risky move.What was he reading during the 1960s? Was he familiar with authors such as Robert Graves or Gordon Wasson, who were pursuing similar agendas? Did he have any personal relations to people involved in the counterculture and the youth movement of the time? But Brown spends not a word on such questions: it looks as if for her, too, the mushroom book came suddenly and out of the blue. Unfortunately, her analysis of the mushroom book and its argument is not really convincing either. She makes a valiant attempt, but is clearly unaware of the fact that Allegro's idea of interpreting early Christianity in terms of ancient fertility cults was by no means as original as he might have thought (see, for instance, the phallicist hypothesis of religion and Christianity that was proposed by Enlightenment libertines already during the 18th century), and one gets the impression that her father's argumentation goes considerably over her head. Not that there is any shame in that: in fact The Sacred Mushroom and the Cross is a difficult book, grounded in an enormous apparatus of learned footnotes full of philological and etymological arguments referring to a whole range of ancient languages. What seems to have disappointed Allegro most is that none of his academic colleagues took the trouble to confront his argument on the level of philology and were content to dismiss it out of hand as just a cheap piece of "sex & drugs & Jesus" sensationalism.
But then again, Allegro himself was not exactly averse to sensationalism either. He loved to be in the spotlight, he got a kick out of upsetting religious or academic authorities and playing the role of the anti-establishment rebel or "martyr for truth", and became ever more sloppy and careless with his evidence and his argumentation as time wore on. His daughter's biography leaves me quite convinced about his intellectual integrity and good intentions during the first half of his career, up to and including the mushroom book, but the story ends with a rather painful account of intellectual and moral decline during the last two decades of his life. 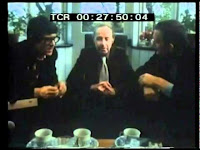 POSTSCRIPT. By chance, this week I came across what seems to be the only recorded video interview with Allegro. For Dutch viewers of my generation this has a particular interest, for Allegro was interviewed by Kees van Kooten and Wim de Bie. At the time of the recording (1976), "Koot & Bie", as they were called, were absolutely famous in the Netherlands, because of their weekly satirical TV program "Het Simplistisch Verbond" (the Simplistic Alliance). Non-Dutch viewers may not even notice, but Allegro was walking with open eyes into a trap by accepting to be questioned by these two: to any regular viewer of "Het Simplistisch Verbond", it would be obvious that Koot & Bie could not possibly have serious intentions but were out to make fun of him all along. And they succeed brilliantly: precisely by making him believe they are genuinely interested, they let poor Allegro do all the work for them. Note how, during the course of the interview, they slowly creep up to Allegro from both sides, until the situation gets so claustrofobic that Kees van Kooten suggests they should get a breath of fresh air. Outside in the garden they are wearing their famous black barets with buttons of "The Simplistic Alliance" (logo: a carpet-beater), while Allegro, in blissful innocence, continues assisting them in his own self-demolition, even arguing at one point that Jesus' cross reflects the shape of a mushroom... It's all very comical, but ultimately very tragic too: even six years after his book was published, Allegro still does not seem to have understood the impression he was making, and still believed that foreign journalists were knocking on his door for no other reason than a serious interest to learn his scholarly opinions about the birth of Christianity as a mushroom cult. 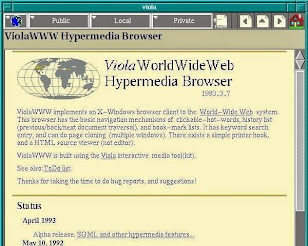 On Reading Email (Once a Week)