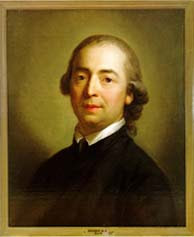 In a footnote somewhere, I came across a letter of Immanuel Kant (6 april 1774) to J.G. Hamann, "the Magus of the North". Kant asked Hamann for some explanations about a passage in Johann Gottfried Herder, Aelteste Urkunde des Menschengeschlechts (1774) where Herder talked about a "Hermes figure" and called Hermes "not a person but the first sketch of all human science". From what I know about Hermetic philosophy, this did not make any sense to me, so I got curious and decided to try and find out what it was all about. One thing leading to another, I ended up reading not only the entire text by Herder plus a small biography of the man for background and context, but also two books about Hamann: the well-known short monograph by Isaiah Berlin, The Magus of the North and a more recent study by John R. Betz, After Enlightenment: The Post-Secular Vision of J.G. Hamann. Hamann and Herder are known as central figures of what Berlin calls the "Counter-Enlightenment", a movement of virulent reaction against Enlightenment philosophy. As I found out, a very good characterization of Hamann, by Wilhelm Lütgert, is perfectly applicable to his pupil Herder as well (I'll quote in the original German: just try to translate this sentence into English and you'll find out why...): '[er] vermag nicht und versucht auch nicht, die logischen Bindeglieder zwischen den einzelnen Gedanken hervorzuheben, denn er ist nie durch einen Schluß vom einen zum anderen Gedanken gekommen. Jeder ist eine Beobachtung für sich und stammt nicht aus einem Schluß, sondern aus einer Wahrnehmung. ... Formell treten daher seine Gedanken als Einfälle auf, blitzartig, ohne Zusammenhang untereinander". Even if Herder is perhaps not so extreme as Hamann in this regard, most striking about his Aelteste Urkunde is the exceedingly strange style of writing, full of emotional outbursts and exclamation marks, but refusing deliberately (and consistently) to build up a logical argument or follow some kind of didactic order of presentation: often the text reads like the written transcript of an improvised sermon - Herder did work as a minister during most of his life - that is meant to carry the audience along with a stream of mental images and exclamations rather than trying to convince it by means of a cogent line of argumentation. It is almost as if Herder is trying to hypnotize his readers through the sheer cumulative effect of an endless series of emotion-laden statements and repetitions, perhaps on the assumption that as long as those readers will just keep on reading, they will eventually give up the attempt at logical comprehension and will begin to "get it" by relinquishing control and submitting themselves to the flow of images and impressions. 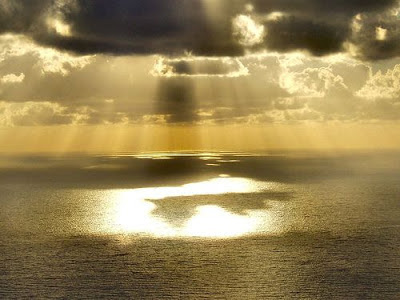 So what is this text all about? A literal translation of Aelteste Urkunde des Menschengeschlechts might be "oldest document of the human race", but the German word has connotations that get lost in translation: what he means is some primal (Ur-) divine message or teaching (Kunde) that has been given to humanity at the dawn of history, and of which the biblical book of Genesis is the reflection. Herder spends much time refuting and ridiculing the countless attempts (definitely including those of the theosophers and rosicrucians) at reading some kind of sophisticated rational philosophy, doctrinal theology, natural science, or metaphysical speculation into the Genesis narrative. Instead, he insists, it is the simple but profound reflection of how the natural cycles of light and darkness, day and night, were experienced as expressions of divine power and agency by the people of the ancient orient. Herder's passionate plea for seeing Genesis as the expression of simple but profound religious feelings and sentiments grounded in the observation of natural processes (instead of the complicated but shallow theorizing of rationalists, who are blind to nature but in love with the speculative products of their own minds), may sound unremarkable to us today but was quite unusual in his own day and age and announces the sublime naturalism of the Romantics.
So far so good. Having made his point about the true nature of Genesis, Herder embarks on a search for the ultimate origins of this most ancient divine revelation. It definitely does not come from Moses but must be traced to more ancient oriental sources. And this leads us to the exceedingly strange chapter "Seven Holy Vowels", where he embarks on a particularly obscure chain of reasoning, full of excited exclamations, leading up to the conclusion that the essence of the ancient revelation can be reduced to a sevenfold symbolic figure that he links to "Hermes, Theut, Thot, Thaaut" (all names referring to the same mythical origin) and that somehow lies at the basis of all the ancient natural disciplines, the "seven sciences of Hermes". 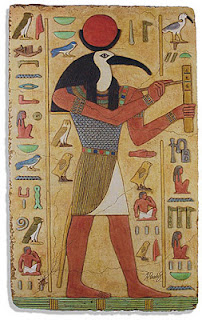 From here on he continues with a long series of chapters on "hermetic" elements in ancient mythology and symbolism. All of it is extremely difficult to follow, not just because of Herder's unsystematic writing style but also because he is in constant discussion with a range of 18th-century authors who have been thoroughly forgotten today. Tracing his "hermetic" figure back ever further to its supposed origins, Herder moves from Egypt to Ethiopia, Greece, and Phoenicia, finally ending up with the "religion and wisdom" of the Sabaeians, the Chaldaeans, and the Zoroastrians. Finally, after almost four-hundred pages, it becomes clear (well, sort of...) that he wants to find a way of distinguishing between true and false gnosis as the origins of all true and false religion: "I believe we have reached the clearest source for everything. When it can be proven that there were religions in Asia that were older than Moses; that all of them were dreaming about the creation of the world; that all of them traced everything from there, even the miraculous; and that they were proud about this as about the most ancient religion, gnosis and wisdom of the world; that they saw - or despised, even cursed - Moses and the books of the Old Testament as younger bastard-children of their Primal Mother; when it can be demonstrated that this sect or sects were spread universally from India to Egypt and were in the highest esteem everywhere; and that everywhere, according to all the sources of the legend, their image was the bodily image of the gnostics, that their wisdom was the gnosis itself - see! then everything becomes clear! Gnosis ... is just the Greek name for what had long existed as Wisdom of the Chaldaeans". So what is Herder's point, really? Simply to say that the transcendent message of Christianity got mixed with the universal "religion of the world" from the very beginning, and that even Genesis has its origin from there. And he continues to make a similar point about the kabbalah in the Jewish context": its sources are "Chaldaean". But whereas many earlier and later authors (such as Jacob Brucker, to whom he refers quite a lot) argued that this very influence of pagan religion was the origin of all heresy, it seems that Herder does not quite want to make up his mind about whether it was a good or a bad thing: he seems to have too much admiration for the original, simple but universal message of "natural religion" to bring himself to see it as a source of evil. And as a result, it remains unclear how his book must be read, and what point he really wants to make. Probably it makes most sense to see the Aelteste Urkunde as an early attempt at comparative mythology and the history of ancient oriental religions, ending with an annoying cliffhanger: "Wait, reader, and have patience! ... the best is yet to come!" But it doesn't come. All we get is a table of contents at the end: no conclusion, and no explanation of why we have been taken through all those 450 pages of erudite, confused and excited prose. Herder keeps exclaiming that "now everything becomes clear", but forgets to explain what it is that needed to be clarified in the first place. 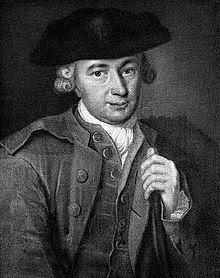 I must admit: my excursus into the discourse of the "counter-Enlightenment" leaves me with very ambiguous feelings so far. What is the point of high-handed rejections of Enlightenment rationalism and its "empty abstractions" if the alternative is just an emphasis on raw emotional expression and a stubborn refusal to be clear about what one wants to say? And it seems to be the same problem with Herder's master Hamann. Betz' study After Enlightenment turns out to be the project of philosopher with fundamentalist Christian convictions who seems to like Hamann mostly because he is so radical in rejecting rationalist thinking. He keeps repeating that Hamann's alternative is "faith", but never really explains what that means, or why we should care. Yes, sure, Hamann is a Christian who doesn't like the Enlightenment - but does he have anything to offer beyond that? I suppose he must have, but Betz doesn't tell us. He just keeps repeating "faith!", as if that explains everything. And to be honest, Isaiah Berlin is not much better. Although he insists on Hamann's importance as "the first out-and-out opponent of the French Enlighenment", he claims to be neither interested in nor competent to discuss Hamann's theology and religious metaphysics (p. xv); and in discussing his thinking nevertheless, Berlin himself is often as incomprehensible as his topic of discussion. I have a sneaking suspicion that half of the time he doesn't have a clue about what Hamann is saying either, but keeps writing anyway. Aargh....
So has all of this been "creative reading" or just a waste of time? I'm not sure. I certainly have a better sense of Hamann and (particularly Herder) than I had before, but I don't feel I "get" them at all. Should I persist until I do? Or should I conclude that in fact there isn't much to be gotten here in the first place?  I'm not one to give up when the going gets difficult, but is there anything at the end of this particular road at all? Honestly, I have no idea... To read or not to read, that's the question.