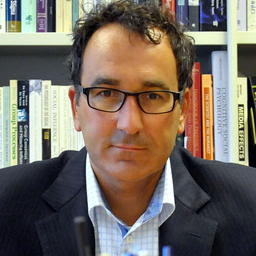 Like many Dutch academics, I resisted the idea of buying Diederik Stapel’s book Ontsporing (Derailment), in which he analyzes his descent into systematic scientific deception. I didn’t like the idea of him making money by describing his own fraudulent practices, and I was fully prepared for a narcissistic product filled with subtle or less subtle attempts at self-justification. But the book has surprised me. In the words of Beatrijs Ritsema (who published one of the most thoughtful reviews so far) it breathes an atmosphere of “immeasurable loneliness”, and comes across as an honest attempt at soul-searching, filled with apparently sincere expressions of deep regret and shame. Stapel knows that his actions are inexcusable, and makes no attempt to let himself off the hook: the book has mea culpa written all over it. As some reviewers have noted, it is also an almost desperate plea for some human compassion (see the passage involving J.S. Bach’s Embarme Dich on pp. 268-269), although not for absolution; and outraged as I remain by how Stapel made a mockery of even the most elementary standards of scientific integrity, I do think he has been punished enough. His life is destroyed and he has lost everything: his title, his job, his income, his reputation, his future, and everyone’s respect. He has become a target of near-universal contempt and can no longer show his face in public without inviting ridicule: professor magna cum fraude. His very name has become a synonym of fraud (the expression “een stapeltje doen” – staplerizing – has already entered the Dutch language) and he will go down into history as a liar of the worst kind. Last but not least, for the rest of his life he will have to deal with the guilt of having betrayed and severely damaged everyone around him: his colleagues, his Ph.D. students, and most of all his wife and two young daughters (who have shown impressive love, loyalty, and courage in sticking up for their husband and father in spite of everything).
Although some newspaper reviews would make one think otherwise, there is no room for Schadenfreude in the Stapel affair, only for sadness and embarrassment. But what, if anything, can we learn from it? Although Stapel describes his “derailment” in quite some detail, his attempts at explaining it remain tentative, hesitant, and superficial: when all is said and done, he seems as puzzled and mystified by his own behaviour as everyone else. Hence, at the heart of this book we do not find any clear thesis or conclusion but, instead, a very large question mark. To get a bit closer to an explanation, it may be useful to read Onsporing in tandem (like I did) with another recent book written by a psychologist, a Belgian this time. Paul Verhaeghe’s Identiteit contains one of the most convincing recent analyses of the currently dominant neoliberal ideology and its inherent pathologies. If one reads Verhaeghe’s analysis of the neoliberal or corporate university (Identiteit, pp. 126-132) next to Stapel’s description of how the academy is working today (Ontsporing, pp. 127-145), one realizes that the Stapel affair is a perfect illustration of Verhaeghe’s argument. If Verhaeghe is a doctor who diagnoses an illness, Stapel’s role is that of the symptom. The patient, of course, is our current university system.
It seems to me that two points are essential in explaining Stapel’s derailment. Firstly: having become a successful professor of social psychology, Stapel seems to have loved the game more than its objective, the means more than the end. It appears that he fell in love with the daily practice of being an academic (teaching, interacting with colleagues, attending conferences, having intellectual discussions with students, supervising research, setting up new research projects, acquiring funds, managing a faculty, and so on) and lost sight of the goal: advancing our knowledge in the domain of social psychology. Many modern academics experience the neoliberal university as a highly stressful, demotivating, and frustrating environment; but judging from his account, Stapel took to it like a fish to water. One gets the impression that what stimulated him was the intellectual excitement of “solving puzzles” and, most of all, the opportunity of playing a central role in a social network of players engaged in the same academic game: a game whose rewards consisted not primarily in the acquisition of knowledge for knowledge’s sake - although nominally this was the case, because support for the game would dwindle fast without that assumption being upheld even by the players themselves - but in the acquisition of social capital (prestige, recognition, applause, power, and so on). In other words: knowledge as a means rather than as an end. For Stapel being a scientist searching for answers became subservient to being an academic professional searching for success.
Secondly, Stapel seems to have loved his theories more than the empirical reality to which they should refer. If there is one refrain that keeps being repeated throughout his book - I lost count of the number of instances - it is how difficult Stapel appears to have found it to accept the messiness, chaos, complexity, unpredictability, and (in his own words) the disappointing ugliness of social reality, and how strong was his longing for (again, in his own words) beautiful, logical, elegant theories. “Whatever seemed logical was true. That gave a feeling of satisfaction and quiet. Had I been smarter, I would regularly have caused my research to fail. That would have been more realistic, more rational and shrewd. But I couldn’t do it. I had become an addict. I wanted it to be brilliant and clear. The more brilliant, the better. My inventions became ever more and more beautiful, and I began to believe in them more and more. See how beautiful the world was. See how orderly everything was arranged” (p. 175). Stapel is a Platonist of sorts, longing to transcend this transient world of chaos to behold the orderly beauty of eternal ideas. If empirical reality failed to live up to his theories, so much the worse for reality.
So we end up with the picture of a man who preferred the academic game of power and prestige over the search for knowledge, and who fell prey to theorizing at the expense of respect for empirical evidence - that is to say, for reality. As such, Stapel is an extreme symptom not just of the neoliberal university and its inherent logic (as analyzed by Verhaeghe) but, moreover, of its vulnerability to a certain kind of postmodern reasoning. For decades now, we have been told ad nauseam that claims of “knowledge” are in fact just claims of power, and that “reality” can never be more than just an ultimately subjective theoretical construct (driven by the Wille zur Macht as well). At the time, these philosophical perspectives originated as important correctives to prevailing naiveties concerning knowledge and reality, and I very much respect the significant core of truth they contain; but anything that is absolutized as the “only” truth thereby turns into an ideology, masquerading (like all ideologies) as “just the way things are”. Combining these two ideologies – neoliberalism and postmodernism – leads to a pathology of which Stapel is the perfect symptom: that of academics who end up confusing their virtual realities with the real world in which all of us are living, to an extent where they begin to doubt whether there is any difference between the two at all. Verhaeghe shows how “the figures” (statistics based on quantitative measurement procedures) are increasingly being confused with “reality” in the neoliberal bureaucracy, in spite of the abundant evidence that nothing lends itself so easily to manipulation as precisely numbers and statistics (especially if one's funding depends on it). That Stapel has been punished for “messing with the data” shows that we have not yet lost touch with what science should be about; but in fact - for reasons explained by Verhaeghe - the management structures of the neoliberal university rely increasingly on precisely such data manipulation (betraying an implicit belief that “as long as it works it doesn't matter whether it's true”). It is time for all of us to be reminded of a perhaps uncomfortable truth: reality exists, it really does!, and it is ultimately qualitative, not quantitative. Yes, this makes it difficult to handle and understand, but who ever said that science should be easy?