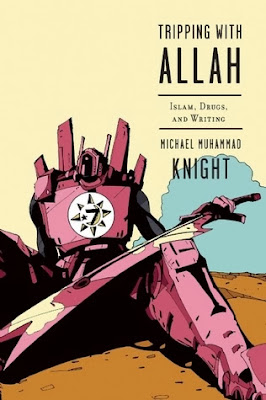 One of the most interesting books about religion that I’ve read in recent years came from an unexpected angle. Michael Muhammad Knight’s Tripping with Allah: Islam, Drugs, and Writings is a brilliantly written and highly intelligent piece of autobiographical literature, from the pen of an author who combines deep personal involvement in Islam with an off-the-charts heretical attitude, profound familiarity with academic research and theory in the study of religion, and most of all, a truly original, independent, and passionate mind. The troubled son of a white supremacist and paranoid psychotic rapist, Knight was raised as a Roman Catholic by his mother but converted to Islam at age 16, after reading the Autobiography of Malcolm X. He went on to study Islam at Faisal Mosque in Islamabad, Pakistan, and came close to joining the Chechnyan war against Russia. Having become disenchanted with Islamic orthodoxy, he started experimenting with a range of alternative Muslim identities, including the Nation of Islam (he is fascinated by its mysterious founder Fard Muhammad) and the Nation of Gods and Earths, also known as the Five Percenters (who proclaim the divinity of human beings and therefore address one another, amusingly enough, as “god”). Parallel to this, he also embarked on a semi-professional wrestling career, subjecting himself to grueling training routines and diets and finally getting beaten up seriously (fifty stitches!) in a fight with a notorious wrestler named Abdullah the Butcher.
Tripping with Allah (an “adventure book for academics to chew on”, p. 30) is the most recent of a series of nine volumes that document Knight’s continuing search for his personal, religious, and (not in the last place) masculine identity. Right from the outset, we encounter him at the intersection of various overlapping cultural contexts and discourses, including traditional Islam (both Sunni and Shia), the cool hip hop Muslem culture associated with the Five Percenters, Religious Studies as practiced at Harvard Divinity School, superhero video games and TV comic series such as the 1970s series Transformers, the parallel universe of American wrestling and, last but not least, the (neo)shamanic practice of drinking ayahuasca. Having heard about the spectacular visionary and healing powers of this famous psychoactive brew from the Amazon forest, Knight decided to try it – hoping perhaps to see visions of “Muhammad on a flying jaguar” (p. 4) or perhaps, far more seriously, to find a way of healing his traumas and find answers in his spiritual quest.
A major theme in Tripping with Allah is the acute conflict between Knight’s quest for religious meaning and belonging, and the implications of his academic training in the study of religion. In the first chapter (“Cybertron Kids”) we find the author and his friend Zoser watching and “building” (in Knight’s delightful rendering of Five Percenters’ lingo) on an early Transformers episode called “Dinobot Island”, in which some kind of time warp phenomenon opens up portals through which life forms from other time periods enter and start messing with our world. In Knight’s narrative, Dinobot Island becomes a metaphor for contemporary religion and the pervasive phenomenon of decontextualization in a globalized media context: for young Muslims like Zoser and himself, and whether they like it or not, Islam has essentially become a reservoir of traditional materials and stories to pick and choose from at will, and available for being combined creatively with anything else that is available, whether it’s hip hop, science fiction, wrestling, shamanism, or popular comics. In Knight’s words, “‘Muhammad’ is a superhero template, his sunna functioning as a How to Be the Perfect Human kit that you’ll never finish: Muhammad as M.H.M.D., or Masters His Motherfucking Devils.” (p. 9). 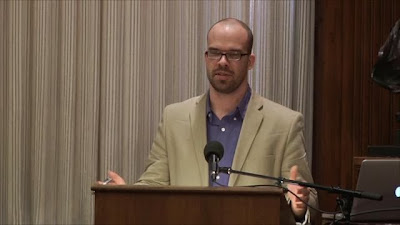 And that, of course, is what the book is ultimately all about. While building up a narrative to prepare the reader for his encounter with ayahuasca, Knight offers erudite and sometimes brilliant reflections on a variety of relevant topics, such as the popular depiction of both drugs and Islam as the demonized “other” of white American identity (“Civilization Class”), the history of Islamic attitudes towards drugs, including coffee (“Islam and Equality” - “equality” being a code for hashish - ; “Coffee consciousness”), prophecy and visionary consciousness according to Avicenna and al-Ghazali (“Avicenna and the Monolith”), and the intellectual and existential dilemmas of studying religion academically at Harvard while also practicing it as a Muslim (“Jehangir Allah”, “Scholars and Martyrs”). Last but not least, there is the conflict between his emerging identity as a professional scholar of religion and the primal forces that drive him as a writer. Identifying with one of his heroes, a brutal wrestler known as “Bruiser Brody”, Knight is worried that the politically correct attitudes and pseudo-intellectual language (for some edifying examples of mindless cultural studies lingo, see pp. 134-135!) that seem to dominate American academia might finally end up killing his soul:
“Two years have passed at Harvard, and now I try to picture Bruiser Brody obsessed with explaining himself, apologizing for himself, justifying his existence through the use of a larger tradition and perhaps a grounding in theory, trying to find legitimacy as a public intellectual. I see Bruiser Brody understanding himself through Roland Barthes, wearing a corduroy blazer and tying back his hair and insisting, “I’m so much more than just a psychotic chain-swinging freak, if you read me in my proper context,” dipping out of the personality game while he’s still ahead and focusing on pure scholarship from this moment on – Bruiser Brody with his forehead full of scars disappearing into the quiet soft darkness of those Widener Library stacks and never coming back out” (p. 145-146).
Eventually, Knight has an intake meeting with an American member of the Brazilian Santo Daime church, which uses ayahuasca as its sacrament (“Bumblebee”; for the origins of the church, founded by a Brazilian rubber tapper after his visionary encounter with the “Queen of the Forest”, see his informative chapter “Church Fathers and Mothers”). He finally gets to drink ayahuasca at a Santo Daime meeting in a private home, but I will not spoil the book for you by describing how that experience turns out for him. Let me just note that Knight’s mind and subconscious, filled with Islamic imagery, does not match very well with the predominantly Christian Catholic setting. It is only at his third attempt, in a “Western shamanic” setting, that he has a full ayahuasca experience. 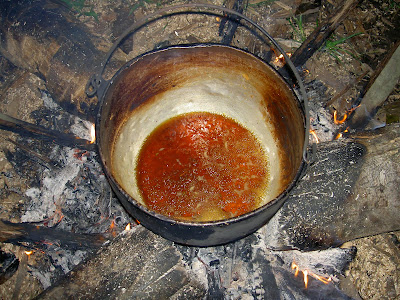 Verbal depictions of entheogenic experience are notoriously boring, but Knight’s account is an exception to that rule. The 17th chapter of his book (“Al-Najm”, “the Stars”: see the account of Muhammad’s ecstatic ascent/descent described in the Quran, Sura 53:1-18) contains a uniquely precise, impressive, and moving description of visionary therapeutic healing through ayahuasca – more convincing and instructive than any similar account that I know from the literature. Clearly it is not enough to have a powerful experience: to bring it across requires a powerful writer as well. Again, therefore, one needs to read this in the original, but given Knight’s biography it will perhaps come as no surprise that this decisive visionary sequence was grounded in Islamic imagery and mythology and went straight for what he needed most: “Out of nowhere, the drug interrupted my book about drugs and spoke instead about broken masculinities” (p. 257). Traumatized through extreme male violence, Knight’s life had been one desperate quest for masculine role models, from the frankly demonic exemplar that had raped him into existence, through the caricatural “He Men” of American wrestling, to the supreme male superheroes of his religious imagination: Muhammad the prophet, Ali the warrior, Husayn the martyr (p. 206). But by the time he drinks ayahuasca, he seems to have reached the end of that road: “It feels like I can’t go anymore; I’m like Macho Man at the end of his run” (p. 186, referring to Randy “Macho Man” Savage, the greatest professional wrestler of the 1980s: see chapter “Macho Madness”). And so it is fitting that the divine saviour/healer and psychopomp (“guide of souls”) who meets him in his vision and shows him the source of true power is not yet another muscle man, but a woman: Fatima, the daughter of the prophet, wife of Ali, and mother of Husayn.
In an interview with Deonna Kelli Sayed, Knight remarks that his Al-Najm chapter is “possibly the most heretical, blasphemous, challenging stuff that I’ve ever written. I don’t spare any of the details”. And that is true: the visionary episodes are sexually explicit, and put an intensely personal spin on traditional Islamic myth and imagery. In other words, the entire healing process would seem to happens on Dinobot Island, through a remarkable collaboration between Santo Daime’s Queen of the Forest and the Islamic Daughter of the Prophet - bien étonnés, no doubt, de se trouver ensemble... And yet, in the same interview, Knight continues by noting that the experience “leads me to this somewhat conservative place, because where I’m at right now, I pretty much just want to read hadith all day”.
Perhaps this will prove to be just a phase in Knight’s continuing story. But then again, he might well be in the process of leaving Dinobot Island, with Fatima’s help: “You can deconstruct Islam, but at some point you have to put it back together. Get your readings grounded in something” (p. 7). In what? The answer seems clear: Knight finds it in an intensely personal experience of divinity, or gnosis, mediated or facilitated by a “tradition”, with all the stories and images that it can provide. He does not find it in the intellectual practice of Quranic exegesis, so attractive and seductive “for the boys” (p. 224, 226, 238), but in a direct encounter with divine Otherness - with a presence, in other words, that is so different from his own identity that it can speak to that identity with unquestionable power and authority. Tripping with Allah may be all about Islam, Drugs, and Writing - but first and foremost, I would suggest, it is a primary source of Islamic mysticism.