Last year, during these dark days before Christmas, I posted an even darker text with the title “Profile 2016”. I made an attempt to highlight and analyze the main structural problems with which Western society is struggling, especially the Reign of Neoliberalism combined with Information Overkill. Insiders from the Faculty of Humanities of the University of Amsterdam will have noted that my title alluded to the notorious Profile 2016 document that had been one of the triggers for the occupation of the administrative centers first of the Faculty of Humanities (the Bungehuis) and then of the whole university (the Maagdenhuis), in a large and inspiring revolt against the neoliberal takeover of academia. This time I have taken inspiration from another typical product of neoliberalism in academia, the “EU Framework Programme for Research and Innovation”.

However, my true reason for choosing this particular title “Horizon 2020” has less to do with either neoliberalism or the reign of information as such than with the child that was born from those two parents last November. 2016 will be remembered as the year when fascism (or at least the kind of populism traditionally known by its literal German equivalent, referred to as völkisch) announced its return to the center stage of American society. It is all set to become the most powerful force in the world. One night in February 2016 I found myself waking up in the middle of the night, my heart booming, in a sudden surge of panic at the idea that Donald Trump could win the election. But when he actually did “win” (I know, he lost the popular vote, and about half of the US population didn't bother to vote at all), this still came as an utter shock, a sudden nightmare from which quite honestly I may not yet have woken up and have certainly not recovered. Profile 2017 looks even darker than its predecessor; so on the screen of my imagination, “Horizon 2020” has now become the closest horizon of hope. Barring impeachments or other extreme events (which might well happen, of course: see below), it seems that Sauron alias Voldemort will be running the show for the next four years at least.

Looking at the sudden rise to prominence of forums such as Alt Right, including a new breed of right-wing intellectuals who take inspiration from Traditionalism and certain other forms of esotericism in their assault on “the evils of the modern world” (liberalism, democracy, cultural and religious plurality, human rights, gay marriage, LGBT rights, and so on), I couldn’t help being reminded of a speech I gave at the opening of the 2nd biannual conference of the European Society for the Study of Western Esotericism. I now realize that at that time, in 2009, I hadn’t yet grasped the true nature of neoliberalism, and did not yet fully understand its centrality to how the European Union had worked out in practice; but with that minor reservation, I still stand behind every word I said. The lecture was never published and was not made generally available at the time, but because of what I see as its relevance to the present situation in Europe and the United States, especially for scholars of Western esotericism, I just put it online for whoever might be interested.

It seems to me that the new völkisch movement is the child of two parents who have been running the show for quite a while now. One of them, neoliberalism, has made it possible for an international power elite of multinational corporations and financial institutions to gain far more power than has ever been enjoyed by any democratically elected government. As a result, regular or mainstream politicians have become puppets of the true powers that are running the world: if your prime minister wants to have influence at all, s/he will need to make deals with the international corporations and financial institutions, on terms that are dictated or are at least acceptable to the latter. No surprise then that the general electorate feels disempowered. Most of us have come to realize that the politicians that we “vote into power” do not actually have that power anymore: it is the international corporate and financial system that is pushing the buttons. This system functions not as a top-down hierarchy but as a non-hierarchical self-governing network (for the emergence of the “network mode” out of the 1960s Counterculture and its relation to both cyberculture and neoliberal economics, see this fascinating study); but any strings that are still there to be pulled are in the hands of unelected leaders whose business interests decide what is done or left undone. As regards the economic system as a whole, it functions very much like an airplane on autopilot with an empty cockpit and no licensed pilot on board.
For the general electorate, the penny has dropped a long time ago. Voters understand that it doesn’t matter whether you vote “left” or “right”: surely there are some differences in emphasis between the various political parties, but these are marginal and largely cosmetic. Basically all political parties are dancing to the same tune of the international market, which is presented as “the only option”, so what the voter thinks of it does not really matter. Therefore what happens? The “common people” play the only card that is left to them: their vote. They are using the only tool they still have to fight against the educated “elites”: those guys (and girls) who keep claiming they represent the people’s best interests while clearly they are serving their own.
That is one part of the story. The other part has to do with knowledge and information: increasingly, over the last decade or so, we have been losing sight of the difference between those two. The important thing about knowledge is that it is true by definition: if it isn’t, then it isn’t knowledge but something else (delusion, falsehood, misperception, misunderstanding, ignorance, and so on). Information, by contrast, is just data: it doesn’t matter to the system whether it is true or false. Computers or information networks do not differentiate between statements such as “Hillary is an advocate of human rights” or “Hillary is a reptile in disguise”. Both are just pieces of information; to decide whether they are true or false you need a human being. However, as human beings we have grown remarkably reluctant to accept that responsibility. Intellectuals have grown suspicious of anyone who dares to make claims of “truth”: we have learned how often such claims are just masks of power and domination, we have come to appreciate that there are “different kinds of truth”, we know that people may disagree about almost everything, and so we have sort of given up and decided that it’s all just a matter of personal opinion. Who is to judge? But if the educated have lost their faith in searching for truth, and hence in the value (or even the very possibility) of knowledge, inevitably this realization trickles down to the broader population: “Even those educated elites no longer know what is true. Look at them: they no longer speak with any confidence. Their so-called ‘knowledge’ is really just another opinion. If so, then why should we keep funding those guys with taxpayers’ money? No, we will make up our own minds, thank you very much. We can very well find out for ourselves: it’s all on the Internet!”
The reign of Neoliberalism has created an ever-growing reservoir of pent-up resentment and anger: the pressure has been building up for a long time, and is now breaking through to the surface. Simultaneously, as knowledge has tacitly been replaced by information, intellectuals (who have been very much complicit in this phenomenon) have lost their ability to question power by appealing to standards of truth: welcome to the “post-truth society”.
So that is what we are up against: fury and ignorance. A deadly combination.

I will try to resist the temptation of predicting what will happen between now and the 2020 horizon. It's depressing and pointless. Why repeat the well-known litany of dangers and destructive trends that will certainly continue into the New Year? We know that they are very real, but if we allow our imagination to be colonized by fear and depression, we endanger the most important source of hope: the simple fact that while we are perfectly capable of imagining what might happen, we simply do not know the future. Hope lies precisely in that realization.
What we can know is the nature of the evil that we are facing. We can learn to recognize it when we encounter it, and we can learn how best to deal with it. Last week I have been re-reading Robert Musil’s great novel of modernity, The Man without Qualities, and came across a long passage that impressed me so much that I decided to translate it. Beware, this is no food for hasty readers!

Musil has just been describing how a carefully selected group of writers and other literary figures has been invited to the home of a highminded patroness of culture, Diotima, together with a selection of scientists. The writers have been giving speeches, and the scientists have been listening. Here we go. 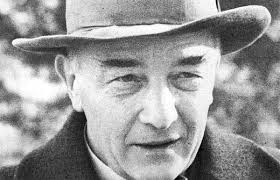 Science smiles in its beard; or, first extensive encounter with evil

Please note: if you think that Musil is just blaming science for the evils of the modern world, you need to read again. “It is the truth that one loves”, and yes, the truth can be hard. The fact that knowledge can be bitter is no reason at all to prefer illusions: what we are reading here is not an argument against science and rationality, but against cynicism and despair.
There are many reasons why I love this passage. Of course, the image of science as a toddler that sits down on its bottom because it has failed in its attempt to walk is unforgettable. But most of all, this passage is a reminder of what it is that makes us human; that is to say, of the unique and amazing faculty that distinguishes us from all other animals, and the denial of which (or so we can learn from Musil) is what we refer to as “evil”.
What is this faculty? It is the ability - not just of our intellect, but of our heart and soul - to be deeply concerned with what traditional metaphysics used to refer to as the three “transcendentals”: the Good, the Beautiful, and the True. About at least the first two of those, and to a larger extent than we might realize even about the third, it just so happens that neither the natural nor the social sciences have much to tell us: it is here, more than anywhere else, that we need those arts and disciplines that are – appropriately – known as the Humanities. When all is said and done, their true concern is and should be - do we need to be reminded? - with what it is that makes us human. There are those who find pleasure in “tripping such values up” and watching them fall flat on their face. And there are those who love those beautifully voluptuous glazed vases (vessels of goodness, beauty, and truth) for what they are: inherently fragile expressions of “all that is uncertain” and therefore worthy of protection and care. So that's the choice: two mentalities. As formulated by David Foster Wallace in this luminous speech of 2005, “there is no such thing as not worshipping. Everybody worships. The only choice we get is what to worship”.
Let's try to keep that in mind as we start walking the path towards horizon 2020. 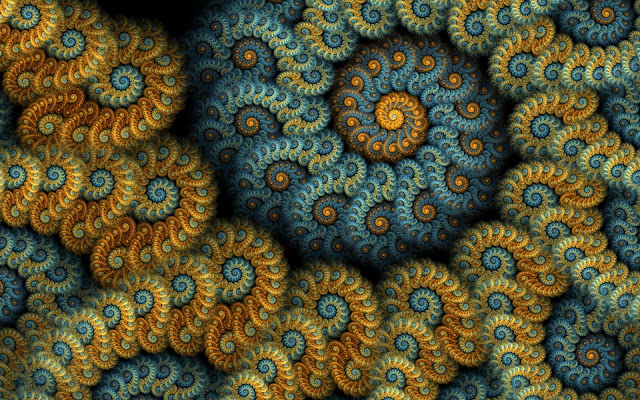