[Introduction] As the Corona virus was dominating the media and everybody’s daily lives, many of my friends on Facebook began launching “book challenges” to entertain themselves and the members of their networks. I accepted a challenge to list “10 books that changed your life,” and soon discovered that it was not just great fun to select ten titles and write about them, but that the exercise triggered a process of self-reflection. It made me conscious of some deep and long-term motivations and obsessions that have very much determined my personal life and my career as a scholar as well (or the other way around?). Below follows an expanded version of nr. 2 on my list. 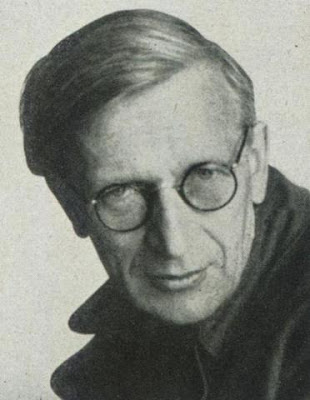 Sometime during the later 1980s, as a student at the University of Utrecht I was browsing through the library and took a book off the shelf by pure chance, not suspecting that it would send me on a life-long quest. I read the title: Pansophie: Ein Versuch zur Geschichte der weißen und schwarzen Magie (Pansophy: An Attempt at Writing the History of White and Black Magic). What was that all about? Today I  think of Peuckert as the true but sadly forgotten pioneer of what we have come to refer to as Western esotericism, and Pansophie as his most attractive book. Here I read for the first time about something called Hermetic Philosophy, and got introduced to Marsilio Ficino, Giovanni Pico della Mirandola, Paracelsus, Jacob Böhme and a large host of lesser figures from the fifteenth through the seventeenth centuries.
But it was not the content alone that impressed me so much. Perhaps most of all it was Peuckert’s unique, inimitable style of writing. The book breathed an atmosphere that I found irresistable and that I nowadays recognize as a peculiar kind of German gothic. Peuckert was one of the few specialists of German “folklore” traditions who refused any compromise with the Nazis. As a result, he was deprived of his right to teach, so he withdrew to the countryside and wrote this book in enforced isolation during the first half of the 1930s, as a record of his innere Emigration. He was in fact exploring the true roots of German culture in an attempt to rescue central figures such as Paracelsus or Jacob Böhme from their appropriation by the Nazis. In this regard, Pansophie might be seen as a direct parallel to what Thomas Mann was doing around the same time in his novels Lotte in Weimar (about Goethe) and, most of all, Doktor Faustus (for Mann insiders: Peuckert’s true home is in Kaisersaschern!). Of course the figure of Faust looms large in Pansophie too. I can’t resist translating the final paragraph of the Preface here:

I don’t regret it. I have seen what few others have seen: I have seen Faust and Luther and Weigel and Paracelsus and J. Böhme, the great movers of the German spirit. I have sat with astrologers and spent hours listening to alchemists. I have had the privilege to trace magic as truth. I had the chance to grasp what I considered necessary to grasp; the way of understanding lay wide open before me, and I felt no more restrictions than Paracelsus had once felt in his magic. Just one star stood shining above the road, the one that had shaped his destiny: Alterius non sit, qui suus esse potest. I have been allowed to live beautiful years. I want to be grateful for all those years. For these years, and for this road. It is the only one that fits us. Alterius non sit, qui suus esse potest [Let he who can belong to himself belong to no other]

Peuckert was grateful for the road, but his later life would be full of tragedy. Having withdrawn to his vacation home in Haasel, in the Silesian Bober-Katzbach Mountains, he had transformed the cow-stable into a library and spent almost all his time reading and writing. But in January 1945, he and his wife had to flee for the advancing Russian troops, and his unique collection of 30.000 volumes would never be recovered. In the Afterword to one of his most important works, Die Grosse Wende, we read these truly heart-breaking words:

This book is a child of pain and misery. … The final sentences … were written in the January days of 1945. Next to the writing desk, prepared for flight into the icy winter, stand the backpacks of two people who have grown old in these days; and each title of each book that is quoted means a farewell to that book.

Two years later, his wife was killed in a car accident that left Peuckert almost completely blind and with heavy head injuries. Nevertheless, somehow he managed to keep writing books. Then in 1960 he lost his son, and in 1963 suffered a stroke that left him largely paralyzed so that he could only type with one finger. And still he kept writing, until a second massive stroke killed him in 1969. 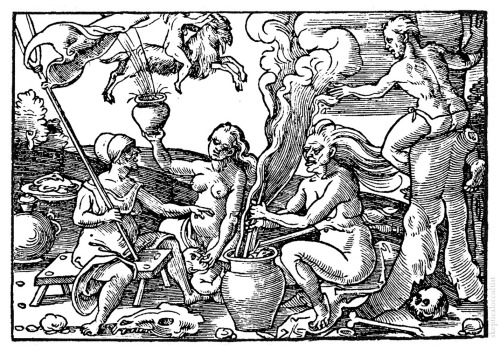 In a previous posting on Creative Reading, I wrote about my discovery of Peuckert’s manuscript “Memories of a Magician.” Another manuscript in the Göttingen collection is clearly autobiographical and full of fascinating observations about what life was like for common people in the countryside during the first half of the twentieth century. Among many other things, it also describes his notorious youthful experiment with the witches’ ointment. As I described in an earlier article about Peuckert, in 1959 he made a passing reference to it in a lecture, resulting in an incredible media hype that ended up making him more famous than all his scholarly work had ever done. In response to continuing media requests, he even accepted to participate in a TV documentary that shows him in the cellar of his own house preparing Della Porta’s witches’ ointment in front of the camera. In the Göttingen manuscript, he describes how he and his buddy (they were about twenty years old at the time) rubbed the ointment on their bodies:

I got tired. Clearly tired.
But then this tiredness vanished, I don’t know why. All I know is that suddenly I should fly. It was a flying without external props, but somehow I managed. It was as if I had flying membranes between my arms and my body, a bit like bats do – but I did not even need to use those membranes, for in fact some kind of force lifted me up from the podium on which I was standing and I floated through the long hall. Then I moved a bit higher and found myself floating above a forest – not high, and always in danger to hit a treetop.

He finally arrived at a kind of country fair and in the bustle of a wild party. In a kind of dance pavillion he watched women of all ages dancing in wild ecstasy, he mingled with the crowd and felt overtaken by desire, until he was finally embraced by a horrible old witch who suddenly transformed into a woman he knew...
But of course, although his experiment with the witches’ ointment caused a sensation, it is in fact just a very minor footnote to Peuckert’s oeuvre. I fully agree with the assessment of Carlos Gilly, perhaps the most important modern specialists in Peuckert’s domain of specialization. Peuckert’s style may not be to everybody’s taste, but as Gilly noted, “Thanks to his immense erudition, which included the most unfamiliar areas of sixteenth- and seventeenth-century literature, Peuckert had such a secure instinct for what was essential, that even with incorrect quotations or insufficient argumentation he was still able to draw conclusions that were essentially correct” (Gilly, "Comenius und die Rosenkreuzer," in: Neugebauer-Wölk, Aufklärung und Esoterik [1999], 95 note 21) 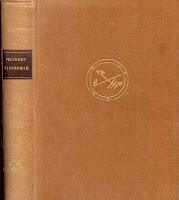 It is worth visiting Peuckert's German Wikipedia page and have a look at his bibliography. This is what scholars were capable of, far before the advent of computers, using typewriters without cut-and-paste options, producing enormous manuscripts that had to be copied manually and then typeset letter by letter! Peuckert's oeuvre includes large biographies of Paracelsus, Copernicus, Jacob Böhme and Sebastian Franck; no less than twenty-four volumes devoted to German intellectual traditions, history and folklore; and on top of that, twenty novels or dramas! An incredible output that has not nearly received the attention it deserves. It is sad how quickly Peuckert was forgotten by German scholars during the seventies, in a climate dominated by Frankfurt School sentiments and their default demonization of all things "irrational" or Romantic. As formulated by Rolf Christian Zimmermann, just “two years after his death [in 1969], the name Will-Erich Peuckert hit … upon an apathetic reserve.”
Well, not with me! It is thanks to Peuckert that I can echo his own words: I have seen what few others have seen, and have had the chance to grasp what I considered necessary to grasp. I am grateful to him, for the years and for the road. Alterius non sit, qui suus esse potest.