To understand the meaning of “the Sacred,” we need to explore what is meant by modernity. Although he did not coin the term, the French poet Charles Baudelaire gave it a specific meaning that is highly relevant to its later career, in an essay about modern art published in 1863. Baudelaire was discussing a contemporary painter whose work he admired, Constantin Guys (1802-1892), and it may be helpful to show an image here of one of his works.

Baudelaire described Guys as a solitary man with a great gift of imagination who was always wandering through “the great desert of humanity” in pursuit of an elusive goal:

He is looking for that undefinable something we may be allowed to call modernity, for want of a better term to express the idea in question. The aim for him is to extract from fashion the poetry that resides in its historical envelope, to distil the eternal from the transitory. … Modernity is the transitory, the fugitive, the contingent: that one half of art of which the other half is the eternal and the immovable (Baudelaire, “Le Peintre et la Vie Moderne”).

The painting by Guys shows a fashionable coctail reception, with two elegant women surrounded by obviously interested men. On the strictly empirical level of the senses, that of positivist science, there is nothing else to be seen. And yet, if we watch this painting closely, we may realize that there is something faintly spectral or ghostly about it, as if the painter wants to make us wonder “is this really all there is?” That is in fact the essence of Baudelaire’s remark, when he defines modernity as “the transitory, the fugitive, the contingent” as opposed to “the eternal and the immovable.”

Baudelaire was writing in the midst of the nineteenth century, when under the impact of radical scientific and political developments, the pace of human society was speeding up in an unprecedented frenzy of transformation. As a result, almost everything that had once been considered stable and permanent seemed to be giving way to a dazzling experience of continuous change, a never-ending succession of rapid transitions affecting all levels of society, resulting in a faintly hallucinatory sense that reality consisted not of any stable and reliable truths but of only fleeting and transitory impressions. The direct relevance of this phenomenon to the Sacred is explicit for instance in a famous passage from Karl Marx and Friedrich Engels’ Communist Manifesto (1848):

All that is solid melts into air, all that is sacred is profaned, and human beings are at last compelled to face with sober senses their real conditions of life and their relations to one another”

Therefore modernity implied an acute sense of conflict between the cherished idea of permanent stable values and the actual human experience of impermanence and instability. The opposition ultimately leads us back all the way to the origins of Greek philosophy and its central concern with how “that which really is” is related to “that which is merely passing,” Being and Becoming. Since the Middle Ages, Plato’s key distinction between the world of eternal forms or ideas and the ultimately illusory world of changing appearances led to classic concepts of the world as a “Great Chain of Being,” but this somewhat static picture of universal providential harmony began to break down under the impact of unprecedented processes of change and transformation since the sixteenth and seventeenth centuries. The “temporalization of the chain of being” (A.O. Lovejoy, The Great Chain of Being, ch. IX) is also known as the rise of historical consciousness since the eighteenth century. It led to various forms of evolutionism that gained dominance during the nineteenth century and are best interpreted as responses to the spectre of complete historical relativism: history as nothing but “one damned thing after another” (https://quoteinvestigator.com/2015/09/16/history/), a mere succession of random events without any meaningful plot. They suggested that continuous change and transformation were parts of a forward movement of improvement or progress; hence the ideal of a stable and permanent truth might no longer reside in a metaphysical realm beyond the senses but might still be attained or at least approached at some point in the future.

This confidence in modernization as a movement of progress began to weaken towards the final decades of the nineteenth century and suffered a fatal blow with the carnage of the two World Wars. Now it had become hard to imagine a reality of stable truth either spatially (as residing in some higher metaphysical realm) or temporally (as the telos of the historical or evolutionary process). It is against this background that influential scholars and intellectuals came to see modernity not as a positive phenomenon of evolution and progress but as a largely negative process grounded in the decline or eclipse of the Sacred. In this regard, Mircea Eliade is just the most famous representative of an important intellectual tradition that emerged in the context of the annual so-called Eranos meetings in Switzerland (1933 to 1988). The Eranos tradition and its central concern with the Sacred is utterly central to how the study of religion developed especially in the U.S.A. after World War II. It is crucial to see that both historically and in terms of its basic ideas, it was a typical product of high modernity. Its agenda consisted in finding ways to preserve or revive the Sacred (equivalent to what Baudelaire had called “the eternal and the immovable”) as a necessary antidote against the modern experience of “the terror of history” (Mirca Eliade’s equivalent for “the transitory, the fugitive, the contingent”).

The Eranos approach to religion is often referred to as “religionism” today, and has come under heavy criticism roughly since the 1980s, with the rise of a new style of academic scholarship that has gained ever more dominance in the humanities, including the study of religion in recent years. While the term “postmodernity” may be problematic (for reasons that do not need to concern us here), this new approach certainly takes a crucial step beyond “modernity” as defined above, with far-reaching consequences for how we think about “the Sacred.” In the most general terms, high modernity was marked by deep anxiety over what would happen to Western culture and society if “the eternal and the immovable” would vanish altogether and only “the transitory, the fugitive, the contingent” would remain. By contrast, the “post”modern condition may be defined in terms of full acceptance and even an enthusiastic embrace of the disappearance of any transcendent reference. Behind the surface of appearances there can no longer be any dimension of depth.

In terms of Derrida’s deconstruction, there can strictly be no room for a transcendental “signified” – obviously including “the Sacred” – because discourse consists exclusively of an infinite self-referential play of signifiers that never refer to anything else than to one another. In terms of Foucault’s perspective, the order of discourse is not ruled by the search for knowledge and truth but ultimately by the  quest for power. The disappearance of the Sacred in contemporary scholarship as well as in popular culture is therefore not a contingency but something that follows with strict necessity from the inherent logic of these poststructuralist perspectives.

In the current academic context, these developments have led to a complete disjunction between two approaches: (1) a “religionist” discourse of the Sacred understood as a real presence or transcendent Signified, and (2) a broadly poststructuralist approach, which also goes under such names as Theory or Critique, in which the Sacred cannot possibly be present except as yet another empty signifier. Against or in between both paradigms, I have always defended a third, intermediary perspective: (3) an empiricist bottom-up historicism on methodologically-agnostic foundations in which a transcendental Signified is neither affirmed or assumed nor denied or excluded. Like the poststructuralists I see references to “the Sacred” strictly as discursive claims that cannot be verified by scholarly methods; but unlike Derrida, I assume that a transcendent Presence or Signified hors-texte may well exist and might even possibly appear in our world of experience, whether we notice it or not; and unlike Foucault, I believe that the quest for knowledge and understanding cannot, need not, and should not be reduced to a game of hegemonic power strategies.

If so, then what about the Sacred and what about its relevance to my field of specialization, the study of esotericism? That esotericism is grounded in experiences of the Sacred is a thesis that originated in the Eranos tradition but is rejected by most specialists today. In my opinion, too, there is no such thing as a hidden “esoteric” essence that might be linked to some notion of the Sacred or to any other Signified Presence, at least not from a scholarly point of view. In modern academic research, “esotericism” is no more than a convenient label to cover a large collection of claims of knowledge that have been rejected as illegitimate “nonsense” or “superstition” by academics since the period of the Enlightenment but deserve to be studied seriously and without prejudice. Whether any of them is true or not is wholly irrelevant to that project. Therefore if I suggested above that there could indeed be some kind of “meta-empirical” Presence or Signified hors-texte, this does not mean that I would ever dream of identifying it as “esotericism” or “the esoteric” – on the contrary, I agree with the poststructuralists that these words are ultimately just empty signifiers that derive their meaning from the larger discourses in which they play their role. Likewise, there is no privileged relation of any kind between “esotericism” as a field of research and the notion of a meta-empirical Presence, whether one wants to call it the Sacred or give it some other name.

Nevertheless, I do believe that the Eranos religionists were right in their profound anxiety about the decline of a transcendent reference in Western culture, and its negative effects on society. Belief in the Sacred really means belief in a foundation of ultimate meaning that is stable and permanent enough to endure in spite of radical contingency and continuous change. Furthermore, if we call something sacred, what we are really saying is that we feel it must be protected. Paradoxically, precisely that which is claimed to be most stable and permanent appears to be so vulnerable today that it must be carefully preserved from contamination and erosion by the forces of impermanence and change. Against these backgrounds, the suggestion I want to make is that the legitimate core of the religionists’ argument can actually be saved by asking more specifically what it is that human beings consider to be meaningful and in need of protection.

The most consistent answer of Western metaphysics is that this “sacred” domain consists of three interrelated concerns, traditionally referred to as the transcendentals: the Good, the Beautiful, and the True. This triad is implicit already in Plato, was systematized during the Middle Ages, and forms the basis of Immanuel Kant’s three Kritiken: pure reason (truth), judgment (beauty), and practical reason (the good). As regards the search for human meaning under conditions of modernity and beyond modernity, my advice would therefore be to move the discussion away from the Sacred and towards the Transcendentals. The object of such a discussion should not be to decide what is good, what is beautiful, and what is true – interesting as such questions may be, they will lead us straight back into the never-ending discursive realm of mere opinions and claims. Rather, the object should be to delineate a core of basic human values that cannot be reduced to discourse and therefore cannot be deconstructed or even understood in terms of competition and power. 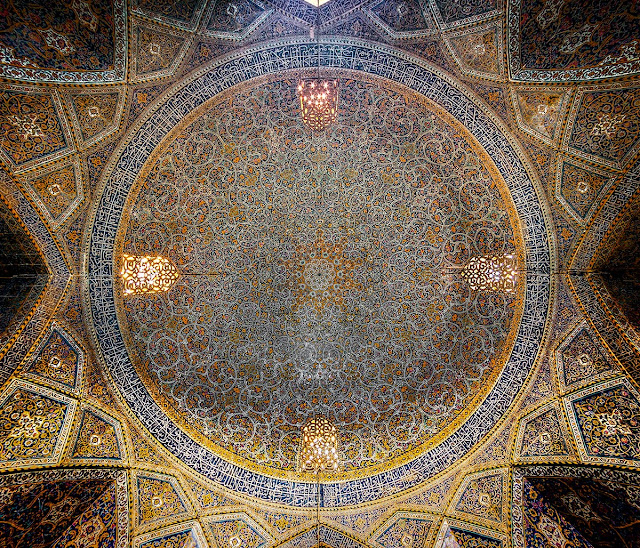