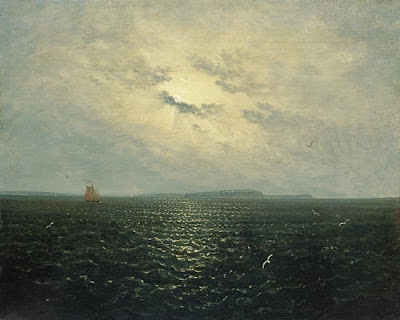 I have to review a collective volume titled Thinking the Unconscious: Nineteenth-Century German Thought (2010), edited by Angus Nicholls and Martin Liebscher, and the further I get, the more I'm surprised and, frankly, upset by what I'm reading. The history of the unconscious (or rather, of conceptualizing the unconscious) was put on the agenda by Henri F. Ellenberger in his classic The Discovery of the Unconscious (1970) and although it has been rightly criticized for its "realist" agenda (i.e. assumption that the unconscious has always "existed" and just needed to be "discovered", which finally happened in the 19th century), that monograph is still unique for its comprehensiveness and solid historical scholarship. Forty-two years later, one would hope for a volume such as Thinking the Unconscious to show some evidence of progress in our understanding of the history of psychological theorizing; but instead, the book reflects a shocking lack of historical consciousness, with one author after the other falling spectacularly and with eyes wide open into the trap of what used to be called "Whiggishness" and is nowadays often referred to as "Presentism". The strange thing is that the editors would seem to be at least nominally aware of the problem: they pay lip service to Elke Völmicke's warnings (in his Das Unbewusste im Deutschen Idealismus, 2005) about precisely that kind of anachronistic distortion. But they don't seem to have grasped the point: after the Introduction, the book immediately begins with a series of chapters that show a spectacular lack of historical sensitivity in simply projecting the whole machinery of Freudian psychoanalysis or contemporary philosophical concerns back onto 18th-19th century authors seen as "pioneers" of the unconscious. I will save the full argument for my book review, but just to give a example: how can there be any question of "Goethe's historical relation to psychoanalysis" (p. 91, and several repetitions)? There is no such relation, and there cannot possibly be one, for the simple reason that one cannot have a relationship with something that does not (yet) exist. At most, one could speak of "psychoanalysis' relation to Goethe", because Goethe and his work did exist in Freud's time. But the authors never seem to grasp that there is a difference, and seem blind to the consequences of missing the point. It may seem like a question of theoretical trivia at first sight, but it isn't: it's a fallacy that leads to strings of distortions and misinterpretations, as demonstrated page after page by the chapters under discussion.
Another reason for utter amazement is the strange obsession of so many contributors with Goethe: it's almost as if they think an article cannot be complete unless Goethe has made his appearance in it, relevant or not. What is worse, as a Goethe-admirer and lover of the Faust tragedy I could hardly believe my eyes about what one of the contributors makes out of the famous "Prologue in Heaven" between God and Mephistopheles. "Faust is driven by a 'dark impulse' (dunkler Drang), which will ultimately, so the Lord thinks, bear the fruit of humanity" (p. 171, idem on 162). The point being, of course, that this "dark impulse" means the unconscious. But that's not at all what Goethe wrote. The text says "Ein guter Mensch in seinem dunklen Drange / ist sich des rechten Weges wohl bewußt": this means simply that Faust - a good man, according to the Lord - may be deeply confused by his dark drives (his unconscious, if you wish) but nevertheless won't lose sight entirely of the difference between good and evil. That's something very different, as anyone can see who just reads the text. And what's worse, the second example given by this author is even more wrong. Faust gives Mephistopheles permission to take him to hell if, but only if, he (Faust) will experience just one moment of such happiness and bliss that he wishes it would never pass ("Werd' ich zum Augenblicke sagen: / Verweile doch! Du  bist so schön! / Dann magst du mich in Fesseln schlagen ..."). But what do we read in this book chapter? "As a symbol of the unconscious Faust has no sense of the present" (p. 171). What nonsense! Again, it has nothing whatsoever to do with Goethe's text: it's just about the author's own preoccupations.
Why do I get so angry and offended by stuff like this? Because it's not just incompetent but damaging as well. If scholars have no respect for simple truth and plain evidence, then they make a mockery out of the academic enterprise, adding fuel to the poor reputation that the humanities are already suffering among the wider public.