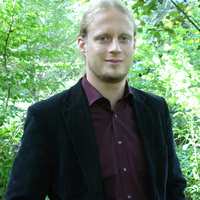 Julian Strube, who is presently working on his Ph.D. at Heidelberg University, recently published a revised version of his M.A. thesis under the title Vril: Eine okkulte Urkraft in Theosophie und esoterischem Neonazismus (Vril: An Occult Ur-Power in Theosophy and Esoteric Neonazism). It is an extremely well-documented and well-written piece of reception history that holds valuable lessons not just for readers who might be tempted to believe in the popular mythology of “Nazi occultism” but, in fact, for anybody interested in the relation between myth and history. The amazing story of Vril begins with The Coming Race, a novel published in 1871 by the Victorian author Edward Bulwer-Lytton (1803-1873). This pioneering piece of science fiction writing describes a subterranean world inhabited by a superhuman race, the Vril-ya, whose superior technology is based upon a mysterious natural force of unlimited potency. This primal super-power known as Vril became a topic of fascination for many readers who suspected, or believed, that Bulwer-Lytton – the author of Zanoni (1842), the most famous occult novel of the nineteenth century – was in fact a Rosicrucian “initiate” revealing true mysteries of the occult under the guise of fiction. The mnemohistorical fiction of Bulwer-Lytton as a kind of occultist avant-la-lettre seems to have originated in the milieu around John Yarker and the Societas Rosicruciana in Anglia, and its influence can be traced up even to recent works of scholarship such as Joscelyn Godwin’s The Theosophical Enlightenment (1994). Strube makes clear in precise detail that it has no historical foundation. He continues by describing how the Vril mythology travelled through time and got embellished with ever new and ever more fantastic elements, by theosophists such as H.P. Blavatsky and William Scott-Elliot to the founder of Anthroposophy Rudolf Steiner and, most importantly in view of later developments, two pamphlets published in 1930 by an organization known as the Reichsarbeitsgemeinschaft “Das kommende Deutschland” (“The Future Germany”: pp. 98ff). In the final years of the Weimar Republic, these enthusiasts imbued with popular esoteric lore and somewhat influenced by völkisch-nationalist and ariosophical ideas believed they were on the verge of great things: “The Vril power has been re-discovered, the emerald tablets of the great Hermes Trismegistus radiate in the green-blue light of the approaching dawn of uranidian nature-control” (p. 103). 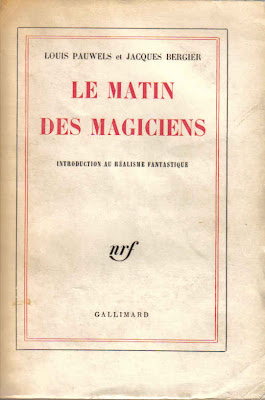 And then, after World War II, the Vril-mythology was disseminated among a mass audience due to Louis Pauwels’ and Jacques Bergier’s bestseller Le matin des magiciens (“The Morning of the Magicians”, 1960), which introduced the idea of a secret “Vril Society”, largely inspired by an article of the German rocket scientist Willy Ley (131ff): “Pseudo-Science in Naziland”, published in Astounding Science Fiction in 1947, and apparently inspired in turn by those 1930 pamphlets of the Reichsarbeitsgemeinschaft “Das kommende Deutschland”. Building further on a whole series of French and English authors who, already during the 1930s and 1940s, had published sensationalist books about Hitler as an “adept” and Master of a magical Order, or a medium possessed by demonic forces, Le matin des magiciens laid the foundations for countless conspiracy theories about “Nazi occultism” that have flourished in popular literature and on the Internet ever since. In this remarkably popular genre, the fictional “Vril Society” came to be associated with Rudolf von Sebottendorff’s “Thule Society”, which was now interpreted as a sinister occultist organization that used Hitler as a medium and was searching for the supreme Superpower of Vril believed to be hidden somewhere in the Orient. Eventually, one finds this Nazism-occultism mythology even in mainstream movies such as Steven Spielberg’s Indiana Jones series, the Hellboy series, or computer animation games such as Wolfenstein. In the final parts of his book, Strube does a very good job documenting and analyzing the dissemination and further transformation of these ideas in the context of contemporary far right and neonazi subcultures. One thing the book did for me was making it somewhat more understandable why German academics and intellectuals tend to associate Esoterik so strongly with fascism and antisemitism: the reasons for this connection are complex – among other things, it has much to do with the influence of the Frankfurt School – but Strube’s discussions made me realize that the Esotericism-Nazism link in the wake of Pauwels/Bergier may also have a higher profile in Germany than in most other European countries simply because there is so much popular stuff around that highlights that connection. If so, the irony is that if German intellectuals reject Esoterik as tainted with dangerous political connotations, they may in fact be doing so because they are buying too uncritically into the claims of occultist mythology. 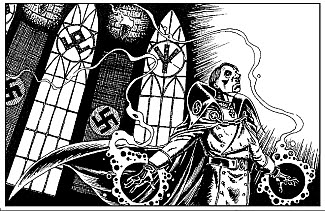 My only regret about Strube’s work is that it remains entirely on the level of descriptive historiography: he traces the reception history of Vril mythology from Bulwer-Lytton to the present, but makes no attempt to reflect a bit more about the theoretical implications of this strange story, or the lessons that may be drawn from it. The Vril story does, however, provide us with much food for thought. Personally, for instance, I would see it as a perfect object lesson about the socio-political implications of Jan Assmann’s opposition of history versus mnemohistory. As I have pointed out in another context, it is a worrying fact that attractive stories about what is supposed to have happened although it never did (i.e. artificially constructed collective memories about the past) may often have a much greater impact on people’s thinking and behaviour than the carefully documented and much more reliable descriptions that can be offered by professional historians. All the more reason for historians to keep trying. By wielding the sharp weapon of critical historiography, with an excellent command of the primary sources, Strube succeeds in deconstructing a whole series of popular mnemohistorical fictions: for anybody who has read his analysis carefully, it will henceforth be hard if not impossible to keep entertaining the possibility that Bulwer-Lytton was an “initiate”, Vril might be a really existing occult superpower, the Nazis were closet occultists, Hitler was an “adept”, and so on. Moreover, I would argue, the very fact that such demystification is possible and convincing should serve to deconstruct yet another myth: the popular poststructural argument, or cliché, that history writing is no more than narrative making, and historians are incapable of establishing “what really happened”. Of course they can. Granted the obvious fact that no historian can reproduce exactly wie es eigentlich gewesen, anybody with even a minimal respect for empirical evidence and rational argument will have to admit that Strube’s account of how the Vril and Nazi-occultism mythology emerged and developed is superior in every respect to the pseudo-historical claims of its supporters. If we give in to the lazy conclusion (more common in popularized versions, I hasten to add, than in the work of the theoretical founding fathers, who are usually more subtle) that the accounts of professional historians are never more than “just an opinion”, because their claims of “knowledge” are in fact just claims of power, we will eventually find ourselves without protection against the powerful seductions of mythmaking in the interest of political goals. In other words: without realizing it, we will have joined the ranks of the believers in Vril.