Memories of a Magician

Before there were books, there were manuscripts. Another sideline to my research here in Göttingen has to do with Will-Erich Peuckert (1895-1969), remembered mostly as a folklore specialist today, but also the most important German pioneer in the academic study of "Western esotericism". As an undergraduate I came across his classic Pansophie: Eine Geschichte der weissen und schwarzen Magie, and it decisively influenced my choice of specialization. I've had a weak spot for Peuckert ever since. His Nachlass is kept here in Göttingen, so of course I took the opportunity to take a look at it. Among other things, I came across an enigmatic type-written manuscript titled Erinnerungen eines Zauberers (Memories of a Magician). I've photographed in its entirety, and am playing with the idea of an annotated edition. 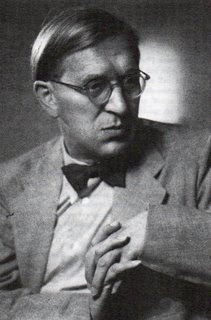 It's a very strange text. The catalogue lists it as "autobiographical", and that's exactly what it looks like at first: although the author refers to himself as a magician rather than a professor of Folklore studies, his childhood memories and the description of his personal development and scholarly interests look like a perfect match with what we know about Peuckert's life. Already on the first pages one understands that the text is in fact a kind of personal confession, and it still fits that pattern that the author continues by describing his sexual exploits as a young man, explaining in detail how he learned to use traditional recipes of love magic for seducing any woman he wanted. So far so good. Credulity is stretched beyond the breaking point, however, when we reach the chapter where he confesses actually murdering a rival by means of black magic! As the narrative unfolds, more and more details creep in that conflict with what we know of Peuckert's life, and one finally realizes that this must be a mixture of fiction and autobiography. Of course that makes it all the more intriguing. Because the resemblance with the real Peuckert is so strong, one cannot help wondering about the exact amount of historicity in what turns out, in the end, to be a classic example of the "gothic" genre full of Faustian overtones. It tells the story of a magical Casanova whose pursuit of lust and power causes him to fall into the clutches of evil, but who is finally saved from the Abyss by the pure and selfless love of a woman who sacrifices herself to save his soul... The narrative is interspersed, however, with long reflections about the true nature of magic, the true nature of good and evil, and the true nature of history and time. Those discussions have "Peuckert" written all over them, but go far beyond the boundaries of scholarly argument, and it is almost impossible to read them otherwise than as reflections of Peuckert's deepest personal convictions. Today I compared them with the other two "autobiographical" files in the Nachlass, and made some interesting discoveries. A magician of sorts is hidden behind the scholar of magic, and this throws new light on some core dimensions of his work as a historian.