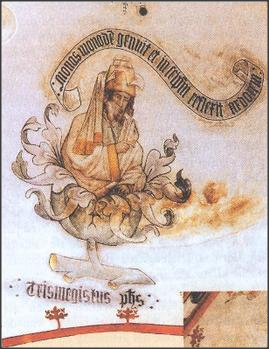 There is a popular stereotype about academics: they spend far too much of their time bickering endlessly about the meaning of terms. Shouldn’t they better dispense with such tedious foreplay and get straight on to their real business, addressing the topics themselves that they are supposed to be studying? It is not so easy to explain to non-academics that this is a naïve request, because those topics themselves are often not there in the first place, but are constructed by the very discourse in which they are being discussed. Take “Hermeticism”, or “the Hermetic Tradition”. Are we thinking here only of the Corpus Hermeticum and its commentaries, or do we also mean to include a whole range of alchemical writings attributed to the legendary author Hermes Trismegistus? Is such authorship essential for something to be “Hermetic”, or do we assume that since alchemy is known universally as “the Hermetic art”, Hermes does not even need to be mentioned? But if so, do alchemy and the Corpus Hermeticum really have that much in common, apart from the name? If so, what is it that they have in common? And what do we do with texts about astrology or natural magic attributed to the Thrice Greatest? Do they suddenly become “Hermetic” too, just because of that attribution, while texts with perfectly similar contents that happen to be attributed to some other author are not? That seems quite arbitrary. But then again, if we conclude that therefore we do not need a reference to Hermes to call something “Hermetic”, then what do we need in order to do so? Presumably something that all of these texts and traditions have in common, setting them apart from all others. But imagine that we will manage to establish some such common features (by which criteria? established by whom? why? with which arguments?), then will we still have any reason to call those common denominators “Hermetic” at all? 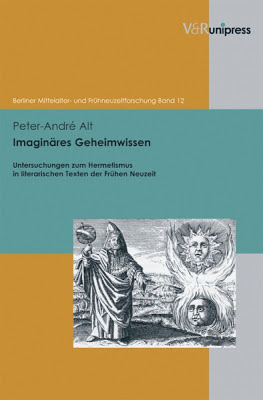 And so on, and so forth… I’m afraid that such a seemingly endless string of questions will only add more fuel to the already dim view that outsiders tend to have of academic discourse. And yet we really have no other choice than to deal with these terminological issues seriously. While reading a recent book by Peter-André Alt, Imaginäres Geheimwissen: Untersuchungen zum Hermetismus in literarischen Texten der frühen Neuzeit [Imaginary Secret Knowledge: Studies of Hermetism in Early Modern Literary Texts], I was reminded that the problem gets complicated even further by the contingencies of how scholarly traditions have developed in different disciplines as well as in different countries and linguistic domains. In anglo-saxon research, the legacy of Frances A. Yates is absolutely unavoidable even for scholars (like myself) who disagree with almost everything she said; but for some reason, Yates’ seminal Giordano Bruno and the Hermetic Tradition (1964) never got translated into German, and neither the book nor all the discussions around it seem to have had much impact on the German debate. An entirely different scholarly tradition has emerged here in the field of literature instead, with entirely different arguments and assumptions, strongly influenced in this case by the pioneering work of Hans-Georg Kemper – who never got translated either, and remains almost unknown to non-German scholars. As a result, instead of an international scholarly debate about “Hermeticism” we have a series of local networks that hardly care to listen to what the others have to say. In the Humanities at least, this kind of provincialism is much more widespread than we might think: the Germans read German, the French read French, the Italians read Italian, the Russians read Russian, and so on – and none of them gets read by the English-speaking world. Of course I’m exaggerating a bit for the sake of argument, but the pattern is a real one.
In discussing how he plans to use the term Hermetismus in his book, Peter-André Alt, too, appears to think entirely in terms of German academic discourse. He takes his cue mostly from Hans-Georg Kemper and Wilhelm Kühlmann (p. 13, 15), both of them very impressive scholars whose work would deserve to be much better known beyond the German domain. Now Kühlmann appears to understand Hermetismus in a very broad sense, as including more or less everything that tends to be discussed in current English-language research under the label of early modern “esotericism” (see his programmatic article ‘Der “Hermetismus” als literarische Formation: Grundzüge seiner Rezeption in Deutschland’, Scientia Poetica 3 [1999], 145-157), but Alt rejects that terminology because he finds it anachronistic. While he expresses some objections to my way of approaching the problems of definition and categorization, I suspect that my recent work (Esotericism and the Academy, published in the same year as Alt’s book and hence not accessible to him at the time) might perhaps put some of them to rest. Be that as it may, I think that Alt’s resistance against the “esotericism” label has to do not only with a (quite justified) fear of anachronistic reasoning, but at least as much with the simple fact that his own field of specialization is restricted to the early modern period. As a result, he and his colleagues do not need to bother about the longue durée of the traditions they study, and can dispense with the problem of finding a term that covers all of it. In a solid discussion written by Alt in collaboration with Volkhard Wels, published in a multi-author companion volume Konzepte des Hermetismus in der Literatur der Frühen Neuzeit(2010), this point is acknowledged explicitly (p. 8). 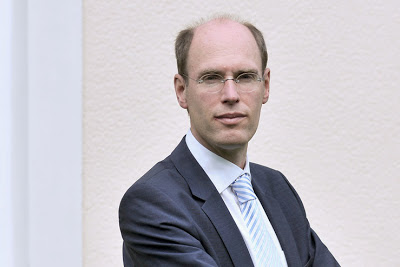