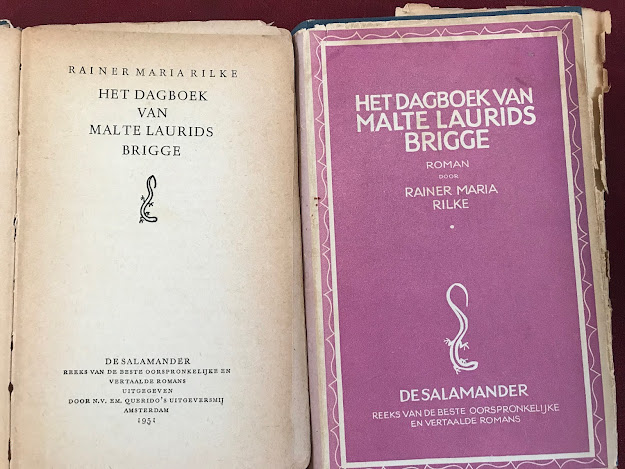 As the Corona virus was dominating the media and everybody’s daily lives, many of my friends on Facebook began launching “book challenges” to entertain themselves and the members of their networks. I accepted a challenge to list “10 books that changed your life,” and soon discovered that it was not just great fun to select ten titles and write about them, but that the exercise triggered a process of self-reflection. It made me conscious of some deep and long-term motivations and obsessions that have very much determined my personal life and my career as a scholar as well (or the other way around?). Here is nr. 4 on my list.

Browsing through my mother's book shelves one afternoon when I was around twenty years old, I came across this small “Salamander” pocket edition of Rainer Maria Rilke’s Aufzeichnungen des Malte Laurids Brigge (1910). My mother’s signature is in it, showing that she herself had bought it in 1956, when she was twenty-eight. If any book ever opened up for me the depth dimension to which great literature can give access, it was this one. I just didn’t know what hit me – this novel was so completely different from anything I had ever read before that I felt like entering an entirely new universe. It took me a very long time to finish Brigge, because I found myself returning again and again to the opening pages and starting over again: no matter how often I read any page, I never felt I had really understood it deeply enough to continue.There was always that sense of a surplus of meaning that kept escaping me, and this remains the case even when I read and re-read it today.

It is remarkable that I was not even reading an edition in the original German but a Dutch translation by Dick Adrianus Michael Binnendijk (1902-1984) and Nini Brunt (1891-1984). Strange as it may seem, even today I find their translation at least as good and in some respects perhaps even superior to Rilke’s own German. So who were these people? As it turns out, both were well-known figures in the circles of Dutch literature. Binnendijk was a poet and critic known best for his friendships with important poets such as Menno ter Braak, E. du Perron en Hendrik Marsman, while Nini Brunt was a devoted and extremely productive translator remembered best for her Kafka translations. They were friends and collaborated on other projects as well, including a volume Demonie en droom: Vertellingen der Duitsche Romantiek (Demonism and Dream: Stories of German Romanticism). I very much like their ideas about translation: it was Brunt's opinion that readers should not be able to tell in which language the book had originally been written, and Binnendijk wrote that if one does not write clearly, this means one does not think clearly. Both very true. As it turns out, Binnendijk and Brunt were so confident and skilled that even in the case of a writer of genius, they dared to write what Rilke would have written if Dutch had been his native language. This is obviously risky and could lead to disastrous results in the case of lesser translators, but in their case it was a brilliant success.

Rilke’s novel resonates with me on many levels. Like his protagonist, I too spent a period of my life in Paris living in a single room of my own. As Brigge is wandering the streets, everything he sees and hears enters his mind with incredible intensity, sparking memories and associations that are unlike anything I have ever read anywhere else. Among the many passages that I know almost by heart, the following one in particular may give a clue to why I ended up pursuing the study of “rejected knowledge.”

It is ridiculous. I’m sitting here in my little room, me, Brigge, twenty-eight years old, a total unknown. I’m sitting here and I am nothing. And yet, this nobody starts thinking. And five storeys high, on a grey Paris afternoon, he is thinking these thoughts.

Is it possible that in spite of inventions and progress, in spite of culture, religion and worldly wisdom, one has remained on the surface? Is it possible that one has covered this surface, which was still something at least, with some incredibly boring fabric, so that it looks like the room furniture after the holidays?

But if all these things are possible, if they have even just a semblance of possibility, - then for the sake of everything in the world, something must happen. The very first person, he who has these disquieting thoughts, must begin to do something of what has been neglected, whoever he is, no matter how unfit he may be for the task: after all, there is no one else. This young, unimportant stranger, Brigge, five storeys high, will have to start writing, day and night. Yes, he will have to write. That is how it will end.

Formulated in different and more familiar terms: could it be that all our narratives are wrong? As individuals we only know who we are because of the stories we have been told (and keep telling ourselves) about where we have come from. And those stories are embedded in the much larger stories or grand narratives that we tell ourselves about our culture and society. Whether on the individual or the collective level, how we imagine our past determines the limits of who we think we are and what we are able to imagine about the future. So what if we were mistaken all along? What if we somehow missed what was actually most important? What if we were looking just at the surface of reality and never beyond? “Could that be possible?” I must have been asking myself, at some more or less conscious level of awareness, and Rilke gave the answer: “yes, it is possible.”

I do not recall any conscious decision on my own part to follow Brigge’s example, but it cannot be doubted that I did what he did: I started writing. And to tell the truth, as I was pursuing my explorations, I began discovering that what first seemed just a “possibility” turned out to be actually true. I remain convinced of that truth: very important dimensions of reality (I mean historical reality, the reality of human beings as they have traveled through time, stretching from remote antiquity all the way up to this very second in which I am typing these lines) have been overlooked, marginalized, distorted, discredited, mispositioned, in short – misunderstood, not just superficially or just concerning details, but at a fundamental level. At bottom, what this means is very simple: it could all be different. I cannot think of anything more liberating than that. 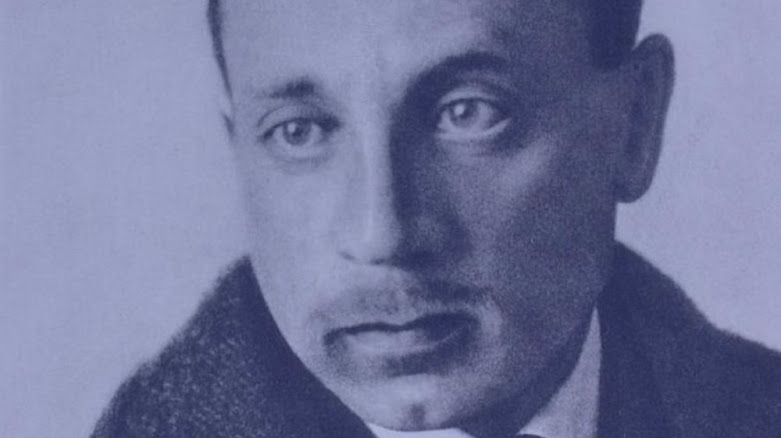